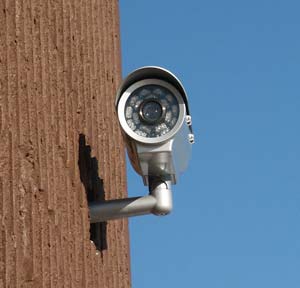 At the end of September Statistics Canada released a report indicating that the amount of crimes going unreported in Canada is increasing. The crime rate report indicated that in 2009 only 31% of Canadians who were victims of crime ended up reporting that crime to the police. That number is down from 34% in 2004 and 40% in 1999. According to the report fewer Canadians are going to the authorities because they feel the police cannot do anything about it. The majority of these unreported crimes dealt with either property damage or theft.

These statistics are interesting for a few reasons. First of all it seems to directly contradict the statements many Canadian politicians are making with regard to the dropping crime rate in Canada. There is an argument that could be made that the crime rate is staying the same or growing, it is merely the amount of crimes that are actually reported that is decreasing. The second interesting point that this Statistics Canada report brings out is the fact that many Canadians feel that if they report a crime to the police nothing will happen. This is an alarming statistic that says a lot about the confidence Canadians have in the police force.

It can be inferred from this report that the crime rate in Canada is actually increasing and that Canadians do not feel that the police can do anything about it. There has never been a better time to invest in a security surveillance system for your business or home. The vast majority of crimes that go unreported in Canada are property damage and theft. With a security surveillance system you can deter potential criminals from engaging in theft or property damage by threatening to catch them in action. Even if criminals persist despite the presence of cameras the video recording will give the police a great head start toward catching those responsible. There is no greater threat to a criminal then having their image directly tie them to a time and place where a crime occurred. There has never been a better time to equip yourself with the security equipment you need to keep your family or business safe. For more information on security surveillance equipment visit the SafeTech website.

Audio version of this article: https://www.safetechalarms.com/podcast/Unreported-Crime-Rate-Rising.mp3 Also you can download this audio file and you can listen on your personal MP3 player.
Read more
Property Crime in America Costs Over $17 Billion Per Year

According to statistics released by the FBI, property crime cost an estimated $17.2 billion dollars in losses in 2008. The statistics, released as part of the FBI’s Crime In The United States publication, show the costly damage of property crime.

Property crimes include burglary, larceny-theft, motor vehicle theft and arson. There were approximately 9,767,915 property crimes in the United States in 2008. There was, however, a 5.3 percent drop in this type of crime between 2004 and 2008.

Unreported crime because of fear?

In many cases, victims do not report crimes out of fear or because they feel the crime is too trivial to report. Some feel that law enforcement will not be able to catch the criminal and thus there is no point in reporting the crime. Data from the United States presents similar findings of unreported crime. The Bureau of Justice Statistics reports that only about 40 percent of property crimes were reported to the police in 2008.

Only 33 percent of violent crimes are reported in Canada whereas about half of all violent crimes are reported in the United States.
Read more
Canadian Crime Drops in Past Decade, Still Up From 1960’s and 70’s
This summer, Statistics Canada released stats for police-reported crime in 2009. Canadian crime is once again down, falling 3% between 2008 and 2009 and 17% between 1999 and 2009.

In terms of metropolitan areas, Regina, Saskatchewan is the most dangerous region in the country followed by Saskatoon, Saskatchewan and Winnipeg, Manitoba. Guelph, Ontario, Quebec City, Quebec and Toronto, Ontario are the safest. The national crime rate reached a peak in the late 1980s/early 1990s and the current rate is similar to the late 1970s. However, the crime rate from 1962 to 1972 was much lower than it is today. Canada’s crime rate was 131% higher in 2009 than in 1962, when Statistics Canada first started keeping records.

So while the good news is that crime continues to fall, it’s obvious that we have a long road ahead of us.
Read more