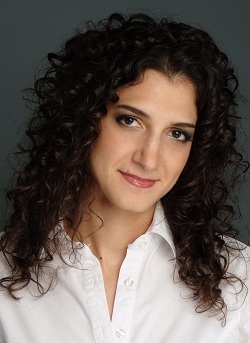 Nadia Fezzani is a Canadian journalist who has conducted extensive research and interviews with many notorious American serial killers. As a specialist on serial killers, Ms. Fezzani gives conferences on the topic to university students and to different organizations. She also works with production companies on TV documentaries. She’s gotten into the minds of some of the most dangerous serial killers alive and learned to understand how they think. She has used this knowledge to provide helpful life saving advice on how you can avoid becoming a victim of a violent attack.

What can we do to avoid being victims of attackers? We all know the basic rules for life saving advice: lock your doors, do not talk to strangers, get an alarm system, have a guard dog at home and trust your instincts. Other less-known advice includes having deadbolt locks on all doors and avoiding wearing a pony tail at night. In addition, never bring God into a conversation when you face an attacker, as it will only enrage them.

Fortunately for us, American serial killers today open up to give us tricks in their own words on how to better protect ourselves from others like them. Their life saving advice is effective against any type of aggressor. Take their tips into consideration since they come from the experts and, ironically, usually relate to their own crimes.

People tend to believe that people such as British Columbia serial killer, Robert Pickton, are of a rare species. Yet, in addition to approximately 40 serial killers already caught in Canada, many Canadian serial murderers run free.

In fact, 12 serial killers were notorious enough to be given nicknames without ever being found. They still live somewhere among us.

Also, many homicides will never be linked together even if some of the murderers are captured. It is sometimes impossible to know if the crimes were committed by the same individual.

We will never know exactly how many women Robert Joe Long raped, but experts estimate the number is somewhere between 50 and 150. “Bobby Joe” retired from his X-ray technician job to become a classified ads professional. After exploring the newspaper’s items put up for sale, this father of two would visit the housewives selling their furniture when their husbands would likely be at work. He then threatened them with a knife, before binding them and raping them.

On a few occasions, daughters as young as 12 or 13 years old were victimized. After being caught one day, he decided he would never be arrested again. He moved on to coming out of the bushes, kidnapping girls from their bicycles or just by meeting strippers and prostitutes on drugs. He raped and murdered 10 identified women by beating, stabbing, strangling, asphyxiating and/or shooting them.

Be safe, be careful. Most importantly, be smart. Don’t put yourself in a dangerous situation, not even once. Listen to your “little voice”. Anytime it says, “Hey, this is not right!” RUN! Never let a male into your home or car, unless you know him well and you know you can trust him. Also, big and nasty dogs are always good bodyguards.